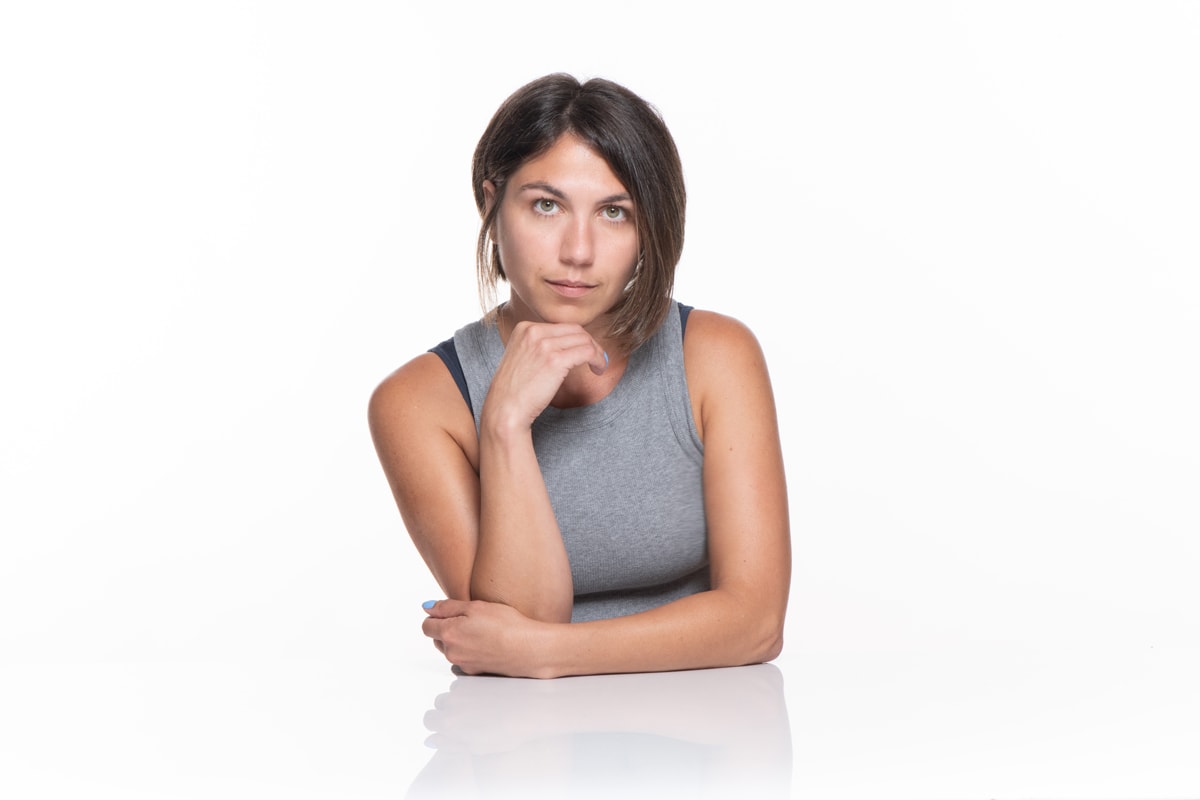 Through The Lens Of The Creator

MY PHILOSOPHY – THE WAY I SEE THINGS

2022
Completed a Certification in UX Design with Google .  The combination of UX Design and photography work together creatively to solve problems with design from apps to responsive websites and beyond.

2021
Redesigned my website and created a photo diary to keep you updated on my latest projects. Adopted Nina a Labrador mix puppy from central Jersey to be my companion and model.

2020
In March 2020, I moved into my new studio on Callowhill Street, Philadelphia then covid hit and the lockdowns started.  During this time I worked on projects to support small business, my youtube channel , and created fashion editorials.  Within 6 months during quarantine, I was published in over 15 International Fashion Magazines such as Moevir Magazine, Malvie Magazine, Mob Journal , Assuré Magazine, Horizont, etc.  Check out my fashion work here.

2018 – 2019
Worked directly with editor of DJ Times Magazine documenting interviews, concerts, and festivals for publication in NYC, Philadelphia, California, Detroit, Montreal, Canada. These very assignments reminded me of the start of my career as a nightclub photographer and my passion for traveling.

2017
Joe Chielli, my associate at Church Street Studios, passed away fighting cancer.   He wanted nothing more than to see me continue his legacy.  I studied under Joe for 7 years. He was a great mentor, friend, and father figure for me.  A month after his passing Adobe reached out to me with a request to be a motivational speaker for their Adobe Jam Event at Penn State University.  I couldn’t ask for a better pick me up after the passing of Joe.  Joe would have been so proud of me.

2016
I tried everything I could to save Church Street Studios in Old City, Philadelphia.  I even went as far as to make a lease to purchase agreement to buy the property from the landlord.  In October 2016 catastrophe struck ,the ceiling collapsed. I managed to save and recover some equipment but was forced to find a new location.

In December 2016 I moved my company to 1844 N Front Street, 1st Floor, Philadelphia PA 19122.  It’s gorgeous space and larger than what we had before. It was just the place Joe Chielli and I imagined for me, when it came time for him to retire.

On a positive note, I worked with artist Anthony DeMelas on designing the Panorama Mural. I remember showing Joe the new interior design the completed mural before the venue opened its doors to the public too.

2011
I moved to Philadelphia to live with a Drexel Professor. We would run around the city together and take photographs of the architecture, flowers, and anything that caught our attention. Through his eyes and my own I fell in love with the city of Philadelphia. For the first time in my life I felt I belonged somewhere. The professor insisted that I was too talented to be wedding photographer and pushed for me to look into the area commercial photography. That is how I discovered Joe Chielli. Joe Chielli’s website looked very dated to me but I could see his style was very much like my own. I reached out to Joe for a consultation and we connected instantly. Joe claimed he had never interviewed a prospective assistant with work as good as mine. He could also see where my weaknesses were.

I knew very little at the time about studio lighting. Joe, since 2011 to this day, has taught me the in and outs of the commercial photography business from studio lighting, natural lighting, proposal writing, and even meditation. I like to refer to Joe as “My Guru”. He is a mentor, a friend, and a business partner. I am blessed to be part of “Church Street Studios” and to continue to grow my own business “ArtChick LLC” . I also helped Joe’s business by revamping his website by transforming it into a modern contemporary style that adapts in a user friendly way to all technology such as smartphones, tablets, and desktops. I also spend over a year studying SEO (Search Engine Optimization) to help keep our websites high in the natural listings on google search engines. Running a successful photography business is more than just taking pretty pictures and capturing precious moments. Of course I would rather be out shooting all the time because that’s what I love, but in order to keep doing what I love, I know I have to do a lot of marketing to reach my audience. I take great pride in my marketing strategy and find it to be a constant creative challenge. In the process of it all, I try my best not to lose track of my creative passion for capturing moments of life in moments of time.

2010
By 2010 I wanted out of nightclub photography and decided to pursue wedding photography. I apprenticed under Umberto Esposito Photography. Umberto studied wedding photography from a master photographer, and was happy to pass along his knowledge to me. I built my portfolio and learned classic style wedding photography. Umberto pressed to me not to lose my vision. He said I was a fantastic photo-journalist and that was something you can’t teach or learn. Either you have it or you don’t. I decided back then to mix the two worlds of classic and photojournalistic styles. It worked, and have been doing it ever since. I also formed “ArtChick LLC” , hired an accountant, and opened my first business banking account. Finally, I was an official business owner.

2005 – 2009
I worked as a research analyst for a marketing firm, and when they folded and I found myself collecting unemployment. I didn’t know what I wanted to do with my life so I rummaged through Craig’s List and discovered a goofy ad. The ad said “Are you 21 or over? Like to party? Have a digital camera? We want you. Send a photograph of yourself.” I was still shooting film at the time and using a digital Nikon CoolPix 2mp camera to document my paintings and to make slides for gallery submissions. I received a response from the ad. I thought it was a joke and merely curious to see what would happen. It was a company called NJVenues. They were nightclub promoters and searched up on the google engines in first position. They received a million hits a day too. After a month of shooting for their website the owner contacted me and requested I buy another camera with more megapixels. He said it would only take a month for me to make enough money, and that it would be a good investment for my future. He thought I would buy another point and shoot camera but to his surprise I purchased a Canon Rebel. To the world of nightlife this was a huge camera and people wondered how I knew how to use it. Nightlife was easy for me to capture because I understood the technical aspects. I would shoot everything manually with an external flash.

After a month of shooting, my images looked better than every other competitor. NJVenues was proud to have me on board. As time continued my reputation grew and I found myself working for Fiesta Caliente, and became the house photographer for Bliss Lounge and Joey Harrison Surf Club, and contributing photographer for DJ Times Magazine. I also had the opportunity to photograph over a 100 celebrities such as Lady Gaga, Grandmaster Flash, LMFAO, The Wailers to name a few. To the world of nightlife and any outsider looking in, I was a celebrity photographer…an expert with an exciting lifestyle.

1999
I was attending The School of Visual Arts in Manhattan and noticed an exhibition from the Mermaid Parade in Coney Island. The photographs were the same shots I had recently taken. It was then I realized that I had a good eye and ultimately I would find myself as a photographer. At the time I was pursuing a degree in filmmaking and longed to be an editor and script writer.

1996
My first portrait session was of my friend Charity when I was fifteen years old with a Pentax 35MM and black and white 400 ISO film (perfect for indoor and outdoor shots). Charity had just returned from Hawaii after living on the beach and working on a farm, only to find her return to reality in New Jersey included being part of her sister’s wedding. She wanted to show off her connection with nature, so she climbed up a tree and did a cartwheel. I caught it just right on film.

This image is incredible. Everyone that looks at it turns it upside down in disbelief. Unfortunately I lost the negative for this image. Every time I think back to this image I realize the true nature of a good portrait. If you are able to capture a moment that exhibits the true nature of a person, you nailed it. This photo for me is my masterpiece. I continue to hold it the memory of it as my career develops. For an artist a “masterpiece” is a landmark of personal accomplishment throughout one’s developing career.

1995-1996
My first job was running a photo lab in Highland Park. I was in high school at the time and had turned my bedroom into a working painting studio. I needed money to feed my creative endeavors, so I learned how to do color corrections, print slide film, run a cash register, and sell products. I ran this photo lab for two years and even managed to save enough money to travel to England,Ireland, Scotland, and Wales. My mother found a deal in the Sunday paper and planned the entire trip
for us.

1984
Clients ask me how I got started with photography and how long I’ve been doing it for. It all started when I was four years old, sitting on the countertop in a darkroom at Middlesex Community College, munching on a snicker bar (my favorite to this day!) , and watching my mother dip photo paper into a tray of developer and twirl it round and round. Then suddenly, like magic, an image of me would appear in black and white. I knew from that day forward photography would always fascinate me. My mother use to store her photographs in my closet and I would venture through her boxes to seek treasures of images. I remember this one of my Uncle Wally. At first you would look at it and see patterns of different shades of grey and white. Then suddenly, out would pop an over the shoulder shot of me as a little girl resting her head on his shoulder. I loved this photograph and wish my mother had not lost the negative. It’s okay. I have it on my mind forever. I have learned to accept loss and continue to push forward in life, capturing moments in time and watching them change rapidly. Life moves fast and before you know it you’ll find yourself sitting on a bench feeding pigeons with people watching, and suddenly you realize everyone under 50 are children to you. “The older the wiser” as they say.